Drab Majesty w/ Body of Light | on the Plaza

Drab Majesty is the solo project of Deb DeMure, the androgynous alter-ego of L.A.-based musician Andrew Clinco. With its combination of reverb-drenched guitars, synth bass lines, commanding vocals, and rhythmic drum machine beats, this project is a stark departure from Clinco’s previous stints as drummer in Marriages and Black Mare. Dubbed “Tragic Wave” and “Mid-Fi” by DeMure, Drab Majesty eloquently blends classic 80s New Wave and hints of early 4AD with a futuristic originality. Drab Majesty’s first release, a limited-edition cassette of 100 copies titled Unarian Dances, was self-released in 2012 and re-pressed by Lolipop Records shortly thereafter. Drab Majesty then signed with Dais Records and put out the debut LP Careless in 2015. Careless was met with high praise from critics and fans alike, and the original pressing is now a sought-after gem. A year after the initial pressings of Careless sold out, Dais released a compilation titled Completely Careless, featuring Drab Majesty’s entire discography, including two previously unreleased tracks.

A talented multi-instrumentalist, DeMure composes all of the elements of Drab Majesty. However, rather than taking personal credit for the music, DeMure insists that the inspiration for the songs is received from an other-worldly source and that Deb is merely a vessel through which outside ideas flow inward. But Drab Majesty is more than just a musical project — it’s a methodical experiment in the identity of creativity. The character Deb DeMure is an enigma that eludes all expectations of gender and ego. When DeMure’s imposing 6’ 4” figure assumes the stage, Deb’s playful, harlequinesque appearance, tempered by an ominous body language, and clashing with the dreamy, ethereal melodies comes across as a web of contrasts. The result is a perfect balance between seemingly conflicting messages, between the high and the low, the drab and the divine. 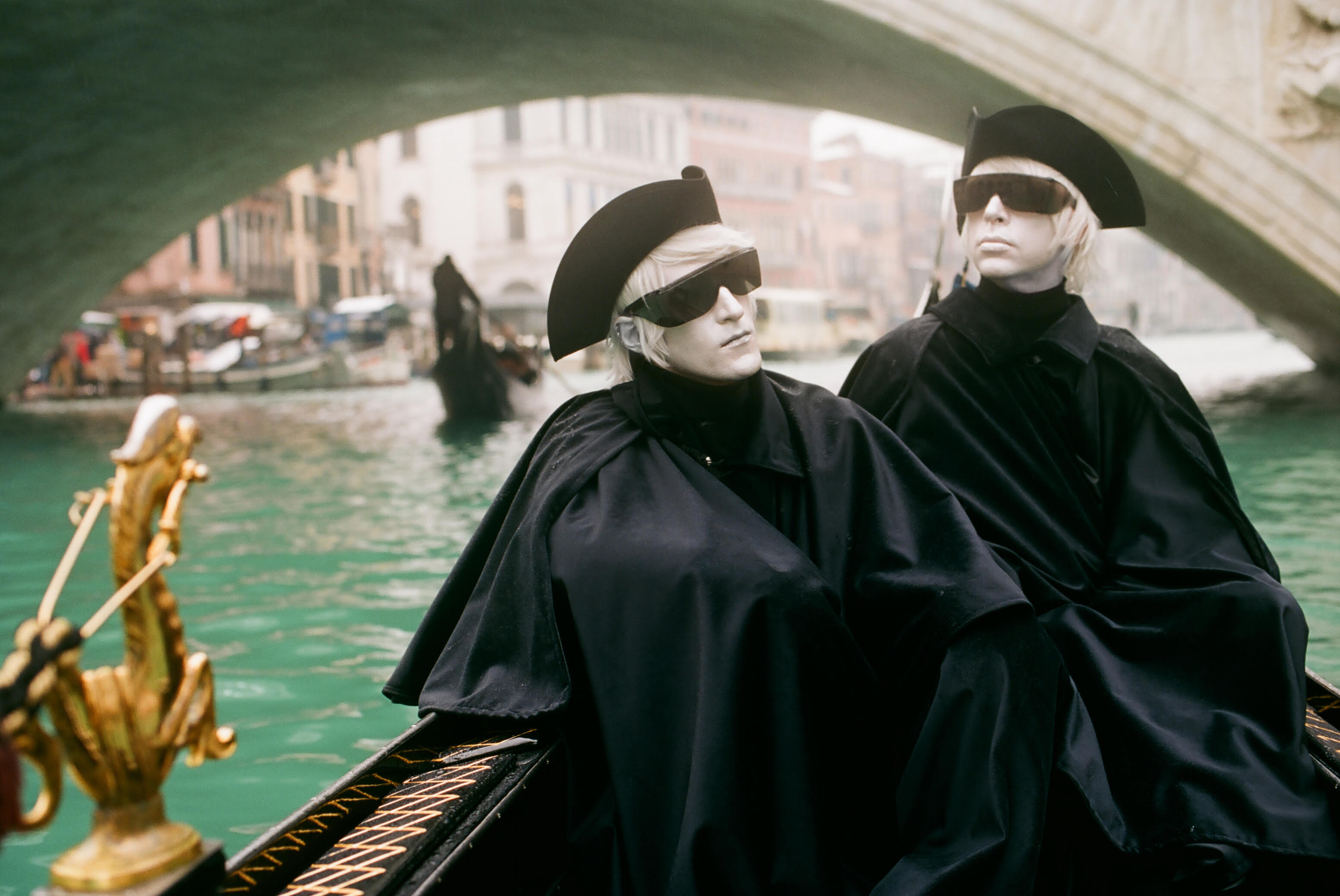